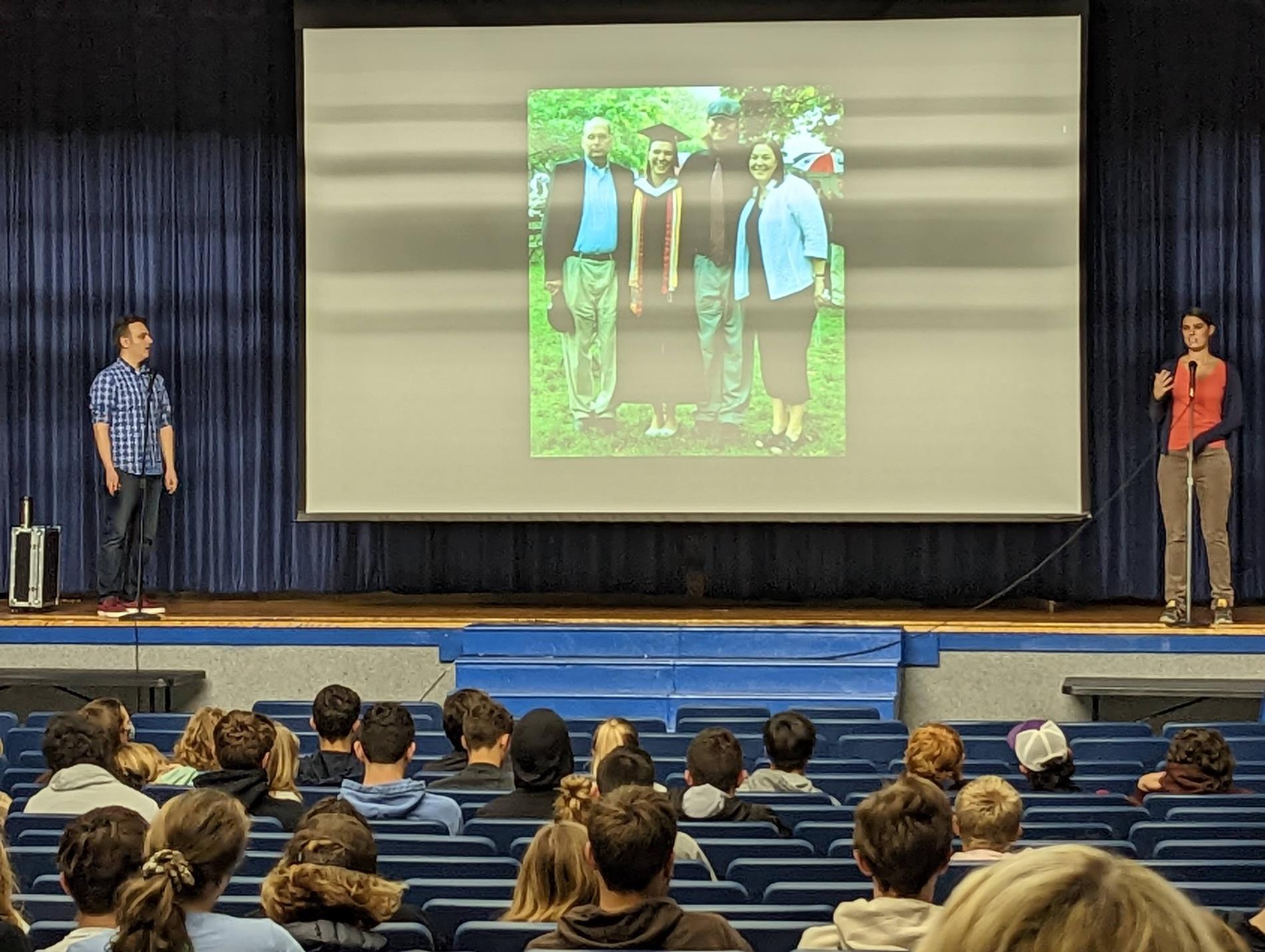 Hadley-Luzerne High School students heard a first-hand account of the consequences of distracted driving by Jacy Good, a young woman whose life was tragically altered by a distracted driver.

On the day she graduated from college, Jacy’s life was changed forever. She and her parents were driving home after her graduation ceremony when they were hit by a tractor trailer that swerved to avoid an 18-year old who was talking on his cell phone and ran a red light.

The impact killed Jacy’s mother and father. When the paramedics arrived, Jacy wasn’t breathing. She was resuscitated by an EMT who was working in his yard nearby and heard the horrific crash. Once transported to a hospital, Jacy was given a 10 percent chance of surviving the night. She defied the odds and slowly recovered from her numerous injuries including multiple broken bones, a lacerated liver, and a traumatic brain injury. After multiple surgeries and physical rehabilitation, Jacy is partially paralyzed and has limited use of the left side of her body.

Jacy spent four months in the hospital and rehab center with her college sweetheart and now husband, Steve, at her side, as well as her brother, Jerrod. Once out of a coma, she learned of the loss of her mother and father. She had no memory of the accident and was not aware of any details, but when she conducted a Google search of her name, she was horrified to find out that the crash was caused by a driver who was on his cell phone.

When Jacy and Steve share their story, they refer to that life-changing event as a crash rather than an accident. “This was no accident. This was totally preventable and a result of poor judgment,” said Steve.

In sharing her story, Jacy asked the students to put themselves in her shoes and change whatever dangerous driving habits they might have. She asked them to think about some of their favorite activities and how they would feel if they could no longer do those activities. She suggested downloading a phone app such LifeSaver, which automatically sends a reply to incoming texts that the recipient is currently driving.

The husband and wife team also identified other forms of distracted driving. “Distracted driving is anything that takes the mind off the road. Our brains are not designed to multi-task, but rather multi-toggle,” stated Jacy.

This visit from Jacy and Steve was made possible thanks to a grant from the New York Governor’s Traffic Safety Committee and SADD.

Please click here for a video that was shown during the presentation. 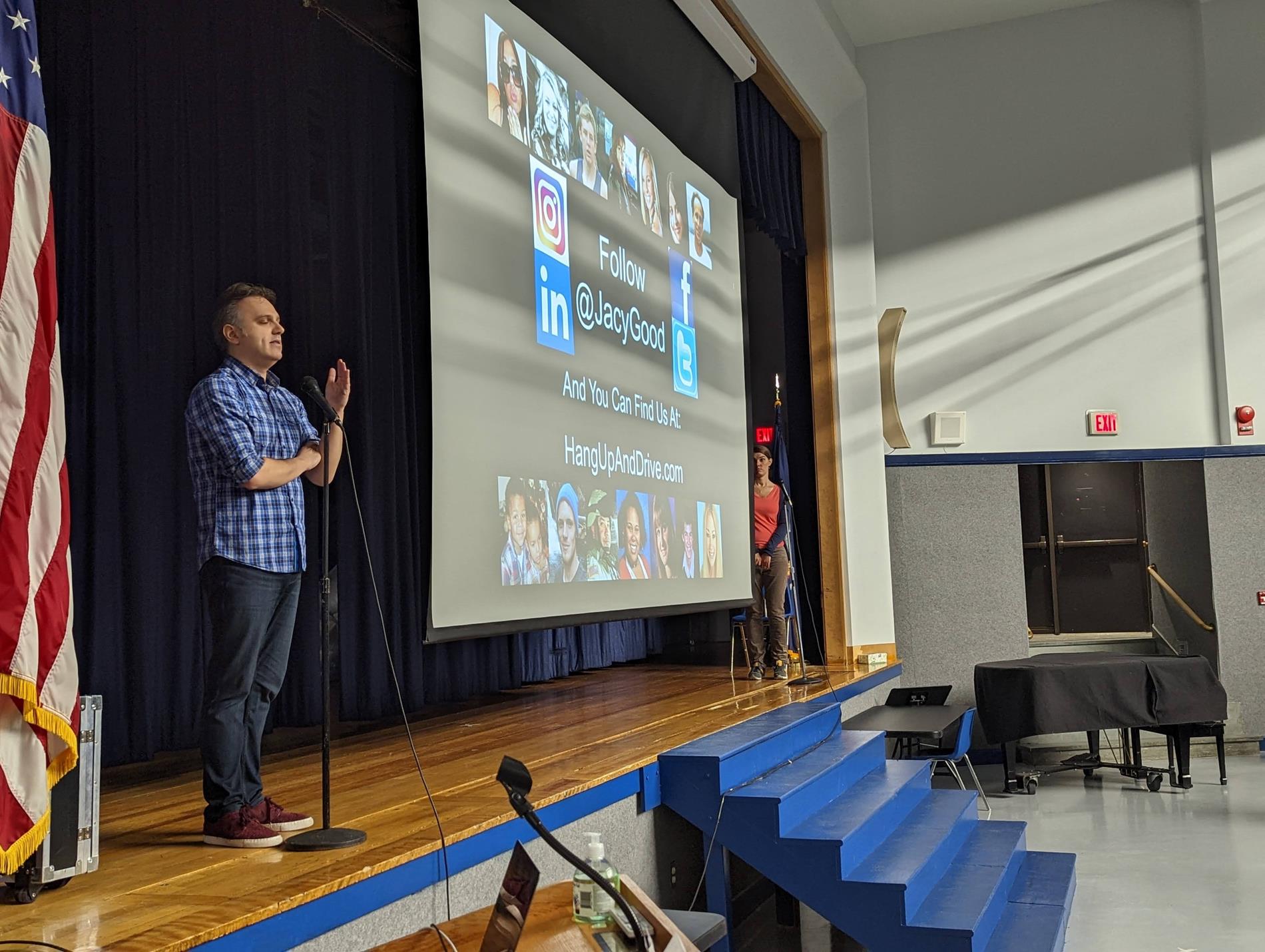